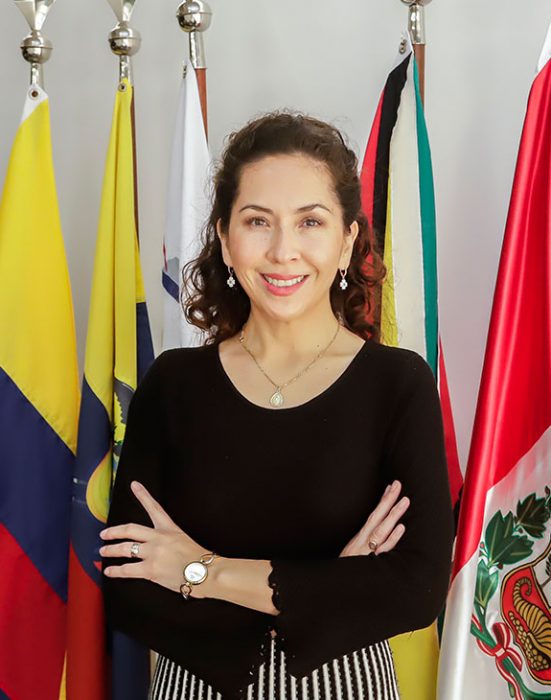 Lawyer, specialized in Economic and Environmental Right. She has extensive experience in public sector, particularly in environmental issues such as water, climate change and in multilateral foreign policy.

As part of her professional experience in the diplomatic area, she was the member of the negotiating team from 2008 to 2014, for climate change, biodiversity, sustainable development and other issues. In addition, she was the Minister Counselor in the Embassy of Bolivia in the United Mexican States.