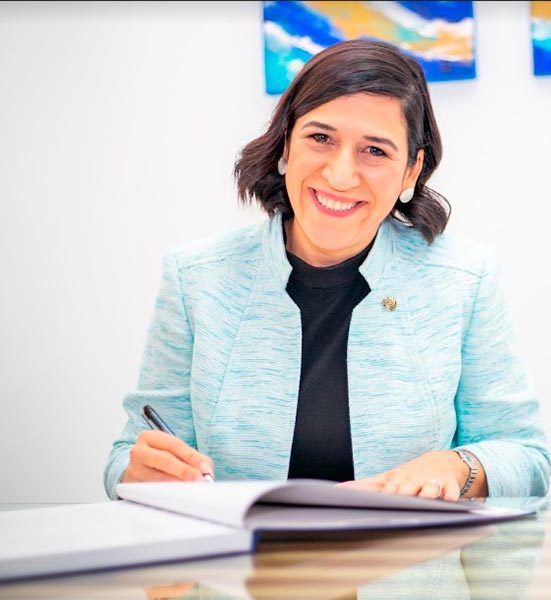 María Luisa Hayem Brevé has over fifteen years of experience in trade, financial inclusion, and economic development strategies. She began her career as Counselor of the Permanent Mission of El Salvador to the World Trade Organization (WTO) in Geneva, Switzerland in 2003. From 2009 to 2016, she worked for the Inter-American Development Bank (IDB) and, subsequently, for the Consultative Group to Assist the Poor (CGAP) in Washington, DC, where she led projects to expand the access of financial products and services among underserved populations in Latin America and the Caribbean and Africa.

In 2019, she became the Minister of Economy of El Salvador, where she leads, coordinates, and monitors Government´s efforts to create a favorable business climate to increase private and public investment; boost exports; promote innovation and adoption of technology to increase productivity; foster growth and reconversion of micro, small and medium firms; and facilitate the creation of more and better jobs.

María Luisa holds a master’s degree in Law and Diplomacy from The Fletcher School of Law and Diplomacy at Tufts University (USA), with a focus on Economic Development and International Business. She earned her Bachelor´s degree in Economics and Business at the Escuela Superior de Economía y Negocios (ESEN) (El Salvador) and has a Certificate in Project Management from Georgetown University (USA), and a French Language Diploma from La Sorbonne (France)